Leveling a Pad Cup on a Bench Anvil

Tools and supplies that you will need:

NOTE: It can be easy to dent or ding the pad cup if you are unskilled and/or careless. Once a pad cup is dented, it is not easy to remove the dent. These dents will likely affect the your ability to level a pad in the pad cup. It's best to practice this technique on a 'Junker' instrument.

1. Remove the pad from the pad-cup and clean the inside and the rim of the cup.

2. Set your bench anvil on a solid, flat surface. 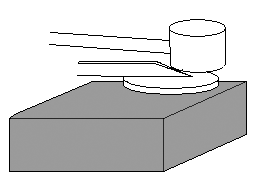 If you have difficulty leveling the cup using this method because the metal is very hard, do not hit the pad cup so hard that it dents. Rather, try laying the pad cup over the edge of the anvil bending it slightly by gently tapping the rim; remember to use glancing blows. 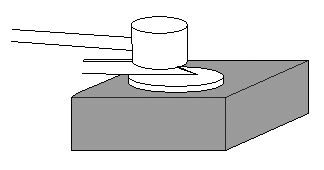